How to become a racing driver today

How to become a racing driver today 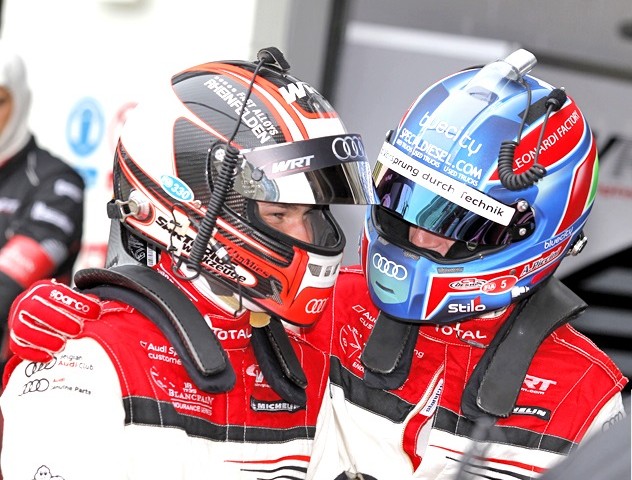 When starting my experiment, as a lawyer, I, certainly, couldn’t begin without looking around in search of the answer to the question: how do people get into the motorsport and become racing drivers? And what options do I generally have?

Having done some online research, I was able to paint the following picture for myself.

The question “How to become …” in itself assumes setting a task and methods of this task execution. In fact, the question is “what needs to be done to become a racing driver?”

Obviously, to define the tasks, I needed to set a goal that I planned to reach. In other words, it is necessary to define for myself in more detail what kind of racing driver I would like to become. The variety of disciplines of today’s motorsport includes demolition derby, cross-country, rally, drift, drag, and of course many disciplines of circuit races – various touring car races, karting, “open wheels” (formulas), and prototypes.

My greatest interest is in races from the latter category – amateur and semi-professional circuit races. Classically, in each subcategory there are the beginning and the top. Actually, the movement from the beginning to top is called the racing career – whether it is professional or amateur. However, as I have already understood, in the amateur racing a very frequent choice is the day-off championship where people regularly spend time from year to year, perfecting their skills and, thus, relaxing from the daily routine.

Let’s look what opportunities exist in becoming a racing driver in circuit races.

Classic professional career in circuit races starts, in most cases, with karting for 5-6 years. According to many champions and famous racers, karting is a perfect beginning. Karts, being the most “honest” of sports cars in respect of relation of the road and the driver, and karting, being one of the safest (among others) types of motorsport, allows drivers as young as 5 to master elements of control and to acquire the principles of driving a sports car. Like in real life, in karting there are talents, there is middling and there are outsiders (there is no other way). Many young drivers, such as Daniil Kvyat, Mikhail Alyoshin,  Sergey Sirotkin, Daniil Move, Anton Nebylitsky, along with many others, have started their careers in such classic way.

Further along, to continue the racing career, however, it was necessary to go to Europe – take part in the local championships, at first karting, then more serious competitions in “open wheels” – different formulas – Formula 4, Auto GP, WSR, GP3, GP2, Formula 3 and at last, top of the championships in “open wheels”, the royal race – Formula One.

Recently in Russia there appeared our own championships – Formula Russia (Formula Masters), SMP Formula 4, so there was some movement in the right direction. However, professional career on this way requires serious money, sponsors, professional training program for young racing drivers (such as SMP Racing, Red Bull Junior and others), or the combination of it all. Talents are picked out even at the karting stage and are taken to the top (as far as it’s possible).

As I have none of the above (neither young age, nor bright racing talent, nor money-sponsors-support), I can conclude that it is not my way.

Until recently in Russia it was impossible to imagine that players in Gran Turismo on Playstation or Need for Speed on PC would get up from the monitors, put on helmets and go to autodromes, get into actual race cars, and start the real racing life.

However, I need to admit that it all came to Russia from abroad. Read here  and here about how to become a racing driver through the GT Academy program (with assistance of Sony Playstation and Nissan). One of the first bright winners of this program in Russia is Mark Shulzhitsky from Vladivostok.

It has to be said that even before GT Academy in Russia there were certain fearless enthusiasts who broke through – I was impressed by Alan Enileev‘s story, he became the first World champion from Russia in Need For Speed racing at the Cybersport World Cup (see the section “About Me” in a column on the right).

I tried myself in Playstation, but it seems to me that it doesn’t convey all emotions that you experience in real autosport. Moreover, the risk in real races isn’t comparable with computer games, there is no adrenaline.

Conclusion: it’s not my way, but what do I have left?

According to the slogan of one of the last advertising campaigns of Lada Vesta, “There is only one way. Your own.”

I believe that many current racing drivers tried it by themselves, before it has been implemented by marketing specialists. It is, probably, the most prosaic (no fairy tale here) and hard way, because it requires getting off the sofa, understanding which way to go and taking the right steps in the right direction, moving towards the goal. At the same time, it provides the maximum degree of freedom, as well as the maximum degree of personal responsibility for the career.

Here you can read the review of the Russian championships that an amateur or semi-professional drivers can choose according to their budgets. The article is not new (May, 2013), the prices have changed since then, but nevertheless it gives a general idea about levels of expenses and requirements of each championship.

Whichever championship does the beginning racer choose, after setting the tasks and goals, defining the ways and methods, one has to ask oneself, how far one is ready to go on the chosen way and how much one is ready to invest to achieve the racing dream. Though autosport is a very expensive occupation, it’s not all about the money. Among other things, it is very important to understand for oneself, first of all, what amount of time from the everyday life the future racing driver is ready to devote to the motorsport, how many efforts, persistence and diligence one is ready to apply, what volume of work, what expenses (mental, financial, etc.) one is ready to make. All these investments, of course, will be proportional to that level of the motorsport to which the future racing driver wants to come.

Picking my way, I will have to make a set of choices, such as:

It seems like I have a lot of work to do ahead of me! I will need to find out a lot of things and it has to be very exciting!

Read all about it in my following posts!